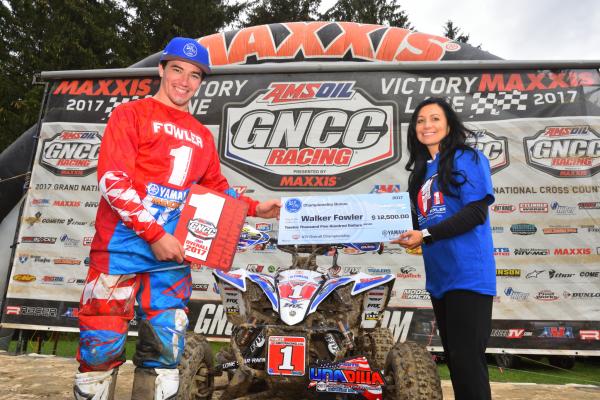 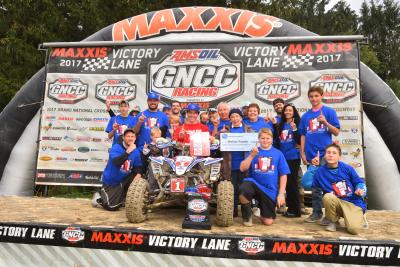 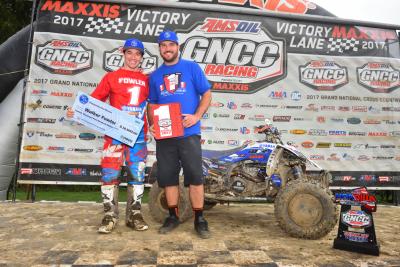 “Congratulations to Walker and his WFR Teamon their third consecutive championship with a near-perfect run, and for further solidifying his place as one of the great racers in GNCC history,” said Donnie Luce, Yamaha’s Amateur MX / ATV / Off-Road Coordinator. “Fowler’s dominance and consistency on the cross-country ATV circuit this season once again demonstrated why the YFZ450R is the racers’ top sport ATV, with the Proven Off-Road power, durability and performance to consistently top the podium.” 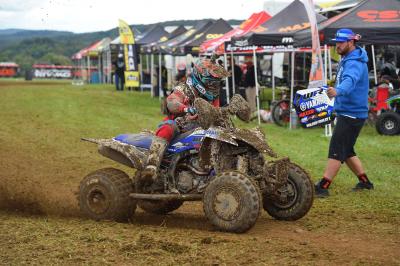 As the only racer in the circuit to podium in every race so far, Fowler has significantly outperformed the competition. He currently leads the XC1 Pro ATV series with 295 points, winning all but one race this season to date – enough to lock up his 2017 title with three rounds still remaining. Fowler, having already earned his third-straight GNCC Championship, will still compete at the series finale AMSOIL Ironman round in Crawfordsville, Indiana, aboard his YFZ450R as well as in his YXZ1000R Side-by-Side.

Fowler earned his first XC1 Pro ATV championship in 2015, and clinched his second straight championship in the second-to-last round of the season last year. This year’s championship adds to his world-class racing resume, including a number of titles such as XC2 Pro-Am, College A, Schoolboy (13-15), and 90cc mod. (12-15) classes dating back to 2006.

Headquartered in Cypress, Calif., since its incorporation in 1976, Yamaha also has facilities in Wisconsin and Georgia, as well as factory operations in Tennessee and Georgia. For more information on Yamaha, visit www.yamahamotorsports.com.

ATVs over 90cc are recommended for use only by riders 16 years and older.