RIDE REVIEW OF THE ALL-NEW, ALL ELECTRIC UTV FROM POLARIS - SPEED, POWER, AND FEATURE PACKED
Written By:
John Arens

Electric off-road vehicles have largely been confined to country clubs and retirement communities.  While some have outfitted golf carts with bigger tires and wheels, a two-wheel drive buggy designed to haul Callaway clubs isn’t much on the trail.  That trail just got a lot tougher, and there will be no more ez-go of it for the club car crowd.  The 2023 Ranger XP Kinetic is the first electrically powered, feature packed off-road Side x Side with serious chops.  It’s 100% Ranger with all the capabilities that have made the Ranger a legend, but with a new power source.  We gave it a thorough test and yes, it’s that good. 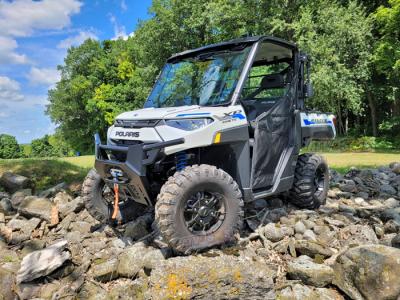 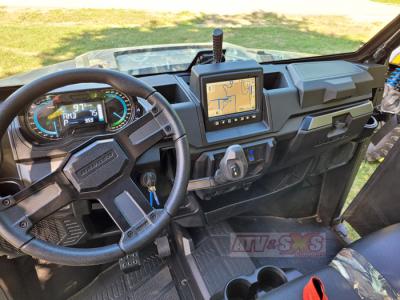 We got a peek at a prototype electric Ranger last year, but couldn’t glean much other than it was quiet and had excellent torque.  Honestly, we were a little skeptical.  With every auto manufacturer on the planet attempting to crack the major problems facing electric vehicles, Polaris was taking on a daunting task.  After all, major auto companies have enough engineers on any given project to field an entire football team. and the Polaris crew was up against the physics of both vehicle design and battery storage.  They didn’t back down and their results are highly impressive.  Details of the new POLARIS XP KINETIC are: 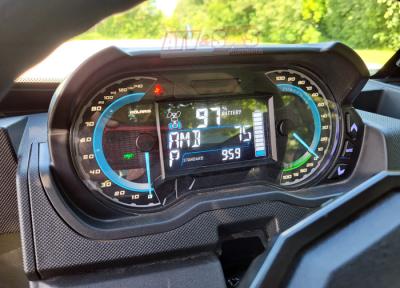 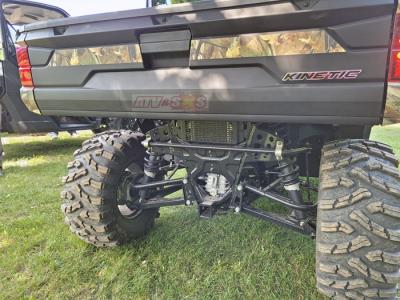 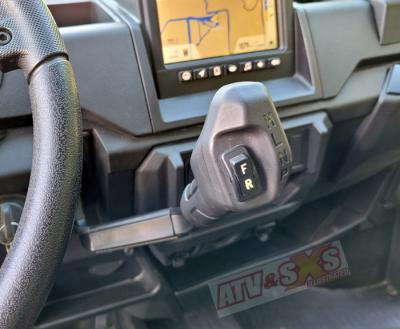 The Ranger XP Kinetic carries its own charger onboard, and charge time is entirely dependent on what you plug it into.  A standard 110V outlet will get the job done, but a 220V source will get you on the trail much quicker.  Since most Ranger owners are likely to have an air compressor or even a welder in their shop, they already have an electrical panel wired for 220 volts and can simply add another circuit to their panel.  Call your buddy the electrician and he’ll have it done in a half hour.

The primary question with every battery powered vehicle is battery charge time, and battery life.  We asked Polaris engineers this directly, and they were forthright with their answers.  There is no getting around the physics of battery storage, and with the 14.9 V battery, under normal trail operation – and by that we mean varied speed, hills, mud, and ruts – expect a little over 40 miles of range.  The 24.9V battery basically is a bigger fuel tank and pushes that range to approximately 85 miles.  We also asked about battery degradation over repeated charging sessions, and again the engineering team gave us the straight-up, no b.s. answer that at 10,000 miles they expect battery capacity to still be 95% of new.  That’s only a slight loss of capacity for a LOT of trail miles, and more than the average owner will cover in a VERY long time. 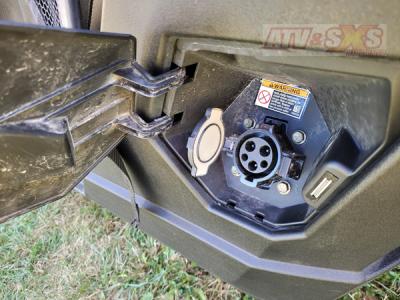 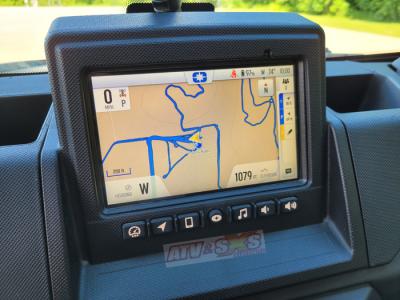 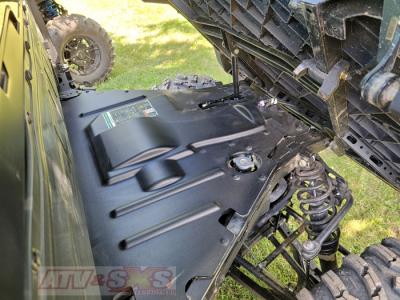 The Ranger name implies much about every vehicle that carries it.  It means excellent design, a smooth ride, very comfortable cab interiors, and great power for towing, hauling, or just a sporty trail ride.  Every Ranger is a do-it-all machine.  The new Ranger XP Kinetic carries those traits as well, and there is a long list of accessories to outfit it for exactly what you need to do.

The XP Kinetic is based on the full-sized Ranger chassis, but with modifications for an electric motor and transmission, and a large battery.  At both ends is a fully independent suspension, and the bodywork and cab interior are nearly identical to every other full-sized Ranger.  One feature we were particularly fond of is a redesigned seat back.  The 2022 Ranger features a seat back angle that seemed to lean the occupants forward into a slightly uncomfortable position.  Although seat angle was the last thing we were expecting to test with the new XP Kinetic, we were pleasantly surprised with the much more comfortable seat.   It also shows Polaris engineers considered the total package and overlooked nothing.

Controls on the XP Kinetic are very familiar to anyone who has ever driven a Ranger.  Everything inside the cab is very comfortable, and a large, easy to read digital display relays information to the driver.  Rather than a fuel gauge, a battery power indicator shows how much power you have left, and the display also shows your chosen power mode, Eco,  Standard, or Sport.  The shift lever has one addition though.  A Forward and Reverse button sits atop the lever and is perfectly placed for your thumb.   As usual for every Ranger, there is ample storage inside the cab.

SO HOW DOES IT DRIVE?

Climb into the seat, adjust the controls, flip on the key, and…..  nothing.   It’s a little odd the first few times you turn the key and see the gauges cycle without any engine sound.  Despite only silence, it’s ready to go.  Just select a gear and you’re in for a surprise.  The new Ranger XP Kinetic is QUICK!  It accelerates almost as fast as a RZR, and since it’s an electric motor it also does it in reverse!  (Careful when backing into the garage)

The Ranger XP Kinetic gets up to speed quickly, and we like driving it best at anything over 10mph.  Why 10mph?  At that point you hear tire noise, which gives audible feedback that matches feel through the steering wheel and the rest of the vehicle.  It feels more natural with a little noise.  Make no mistake though, the new Ranger XP Kinetic drives very, very well.     It’s surprisingly sporty for a vehicle designed more for work than play, and it wouldn’t be a problem to trail ride all weekend with one.  Just plan your charges accordingly.  As with every Ranger, the suspension delivers an amazingly smooth ride. The only somewhat quirky aspect to driving the XP Kinetic is similar to the engine braking on some gas-powered units, which requires you to actually back off the brake pedal before engine (or electric motor) braking engages.  It’s an odd feeling to back off the brakes with the nose pointed downhill, but the system works.  One thing we really love about the XP Kinetic is its extremely tight turning radius.  This thing has a turning radius that rivals the radius of sport ATVs!  It makes maneuvering through tight woods and obstacles so much easier.  Polaris also makes the new Ride Command system available with the XP Kinetic, and the upgraded system offers an amazing amount of information and convenience.  It can tell you everything about the Ranger, the trail, and even where others in your group are.  Overall, the new Ranger XP Kinetic rides and performs every bit as good as any other Ranger.  It just does it more quietly. 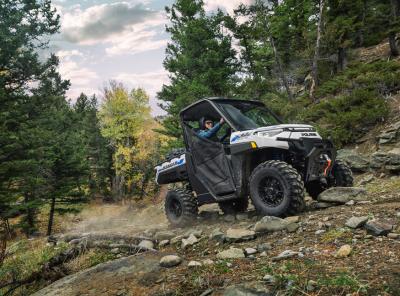 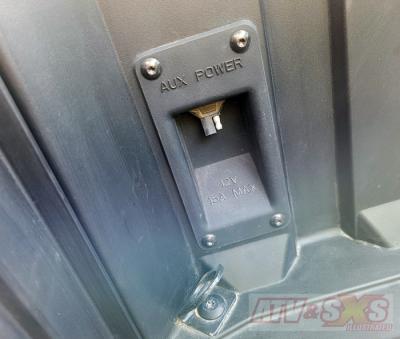 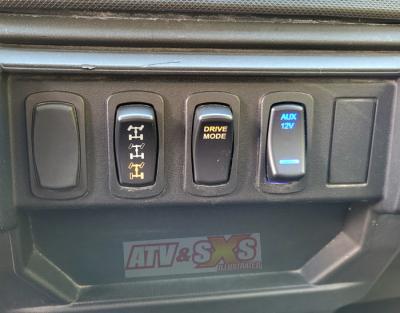 SO, WHO IS THE RANGER XP KINETIC FOR?

We can see the Ranger XP Kinetic fitting in perfectly with parks and rec departments or large campus’s, on farms and ranches that use their machine for hundreds of tasks and short trips across the field, with hunters, and for homeowners looking for convenience.  Did Polaris solve every problem facing electric vehicles?  No, but neither has anybody else.  The thing is, the Ranger XP Kinetic can perform the tasks of every other Ranger before it, and it will have its place.  The customer will ultimately decide where that will be.  For anybody that does a lot of short trips with time to charge as needed, it gets the job done, very, very well.  That’s exactly what we have come to expect of a Ranger. 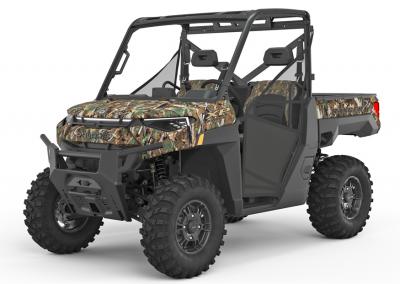 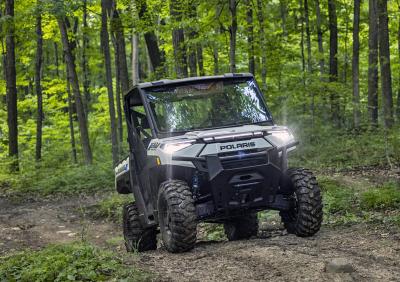 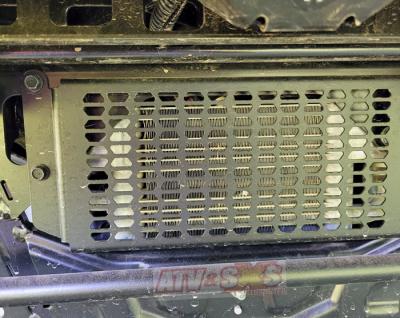 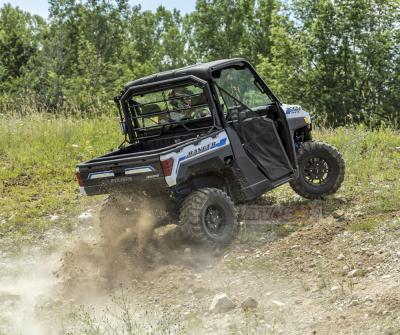